For the Department of Education (DepEd), the future looks bright for the country’s young scientists and researchers.
Education Secretary Leonor Briones said that DepEd “continuously advocates the cultivation of curiosity, creativity, critical thinking, and innovation among our youth—to enable and nurture the country’s generation of globally competitive innovators.” Among the initiatives undertaken by the department in this aspect is the conduct of the National Science and Technology Fair (NSTF). 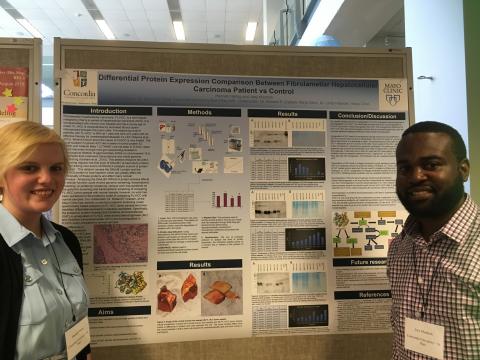 Overall, the 2019 NSTF unveiled 66 types of research and innovations by 126 student-researchers on Life Science, Physical Science, and Robotics, and Intelligent Machines.

One of the most notable works is that of a Special Education (SPED) student-researcher Romel Angelo Picazo which aims to improve air quality for Filipinos. For the Grade 10 learner of General Santos City SPED Integrated School, his battle against pollution has affected his health since age 10.

Picazo’s research entitled “Simulation and Pilot-Testing of O3 in Chappuis Band Region and NO2 Detector using LED as Sensor in Selected Areas in General Santos City” was developed out of his struggle against pneumonia. Using light-emitting diodes, or LED, like sensors, his prototype can identify the concentration of ozone and nitrogen dioxide in the Chappuis Band Region of the ozone layer.

As his innovation can determine the difference in the concentration of the said gases in selected areas, Picazo said he aims to “push his research toward the detection of other pollutants in more places in the country.”

“The detection of ozone and nitrogen dioxide is vital since the presence of the latter in the atmosphere would be a strong indicator of a possible formation of higher nitrogen oxide pollutants,” Picazo said. “Ozone, a vital component in our atmosphere, may also cause various lung diseases when inhaled in large volume,” the 16-year-old gifted and talented learner stated in his paper.

A first-time participant in the NSTF, Romel already set his project to help enhance Republic Act No. 8749, otherwise known as the Clean Air Act, by providing an analysis of air quality at the local level and a baseline on the improvement of traffic patterns and green initiatives.

“I have done some research on the air quality index in the Philippines; although we have air quality monitoring, it requires update and real-time access to the public. An existing system also costs our government more compared to this LED-sensor,” Picazo said. As an aspiring doctor, he envisions that his innovation may also help physicians to “readily advise their patients with pulmonary conditions to avoid places. With a high concentration of atmospheric pollutants.”

Meanwhile, the work of Grade 10 student Maryjoise Karla Buan hopes to save Mother Earth one tree at a time. She created a device that aims to detect signs of activities that lead to deforestation entitled, “Solar Powered Anti-Illegal Logging and Kaingin Alerting Device Through Global System for Mobile (GSM) communication.” Her entry to the 2019 NSTF does not only “determine the capability of a solar-powered alerting device for detecting signs of deforestation activities”. Still, it will “also help reduce, albeit gradually, the effects of the continuously worsening climate change and global warming.”

“When the sound sensor detects a sound of a chainsaw, or when the flame sensor and smoke sensor detect flame and fire, the GSM will send a text message to, for example, a forest ranger,” Buan explained. This Pangasinan National High School student plans to take up the Science, Technology, Engineering, and Mathematics (STEM) strand under the academic track for Senior High School. She dreams of becoming a pilot.

Wanting to maximize social media to minimize lives lost in quakes, Jireh Emmanuel Gumaro, a student-researcher from Valenzuela City School of Mathematics and Science, came up with the “Real-Time Twitter Data Mining Tracker During Ground Shakings in Batangas,” which “maximizes the potential of the social media site and the ‘FOMO’ [fear of missing out] of many Filipinos by studying the spatial and temporal distribution of the tweets made during a ground shaking.”

Gumaro, a self-professed avid Twitter user, said his observations are first-hand, and his “innovation is a light-bulb moment as he was constantly refreshing his Twitter feed by the minute.” The deluge of tweets, which could have been a nuisance to a regular reader, served as the Grade 12 learner’s low-cost solution to identifying earthquake-affected areas instantaneously.

Using the frequency, length, and geolocation of tweets with the keywords “window” and “luminol,” data on large spikes correlated with the time of the quake will be generated with an average of a mere 1.5-minute delay. “Since seismographs take time to generate records of the ground shaking—causing delays in locating the epicenter—the thesis could help the community in terms of awareness of a ground-shaking at the local level, ”Gumaro said in his paper. “The study may aid in apprising members of a household who possibly lack access to information from the national and the local government, and may give seismologists an idea for new equipment that uses the volume of tweets to locate an ongoing earthquake,” he added.

Meanwhile, DepEd Undersecretary for Curriculum and Instruction Lorna Dig Dino underscored that “any creation, any learning, and innovation output should be a solution–a response to a community concern.” She added that in innovation, “anything that you do should always have a purpose, so if you want to innovate a process, a system, or anything to create something new and original, it should always be for a reason.”

Spearheaded by the DepEd Bureau of Curriculum Development-Curriculum Standards Development Division (BCD-CSDD), in cooperation with the Gokongwei Brothers Foundation (GBF), the 2019 NSTF aimed to promote Science and technology consciousness among the youth by enabling them to produce and present Science researches and projects.