If you follow Apple’s supply chain, you would already be aware that contract assemblers Foxconn Technology and Pegatron put together many mobile devices at their considerable factories in China. But a third contractor, Compal Electronics, has also made iPads since at least 2017. Now, the 35-year-old company that usually churns out PCs, monitors, and the occasional robot should expect a surge in business from Apple as the contractor for a new series of small iPads. 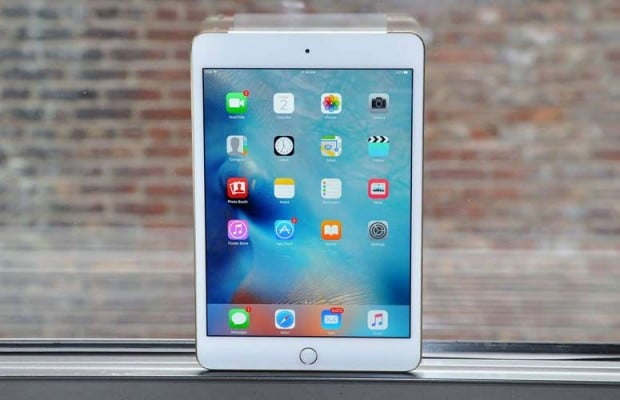 According to tech media outlets such as this one, the tablet, tentatively called the iPad mini 5, updates a series that Apple last augmented in 2015 with the mini 4. Its production would give Compal a break by bringing it closer to the Silicon Valley giant’s mobile supply chain and helping it diversify away from PCs. The device itself is expected to sell well despite an overall slowdown in the world tablet market.

“By accepting iPad assembly contracts, Compal would mainly benefit from the expanded product reach as well as the redistribution of its current PC-notebook business risks,” says Eric Chiou, an analyst with Taipei-based market research firm TrendForce. “It is worth observing whether Compal will, through iPad collaboration, become another one of Apple’s long-term business partners in mobile devices.”

Whatever label Apple gives it, the new smallish iPad is forecast to outsell peers in a world where tablet sales have been declining overall since 2015 because the market has been saturated. Existing users aren’t upgrading their gadgets as frequently.

The global tablet market has declined 10% on average every year since 2015, the Market Intelligence & Consulting Institute in Taipei says for this report, and shipments from world hardware hub Taiwan have lost about the same percentage over the same period. Compal, Foxconn, and Pegatron all call Taiwan their home base.

Quarterly sales of iPads have come off after peaking at 26 million units in the first quarter of 2014. Apple shipped 9.67 million in the fourth quarter of 2018, still down 6% from a year earlier.

More on Forbes: How Taiwan Will Vie With China And Asia To Develop Startups

“Nevertheless, compared to other small brands and white-label brands, the Apple iPad series seem to be less affected, with an increased share,” institute analyst Sagitta Pan says for this post. “In the future, Apple is seeking to continue cannibalizing the notebook PC market with upgraded specs products such as iPad Pro series.”

The iPad mini 4 stood out for its 7.9-inch screen, small and lightweight enough for one-hand operations. But consumers hungry for hardware upgrades since the mini 4’s release in 2015 could be waiting for a new model.

“There might be some pent-up demand for iPad mini 5, as the iPad mini has not been upgraded for a long time from the previous generation,” says Ethan Qi, an analyst with the tech market research firm Counterpoint Mobile and Semiconductors. “We expect Compal to rake in higher margins than current business, which generates meager single-digit margins.”

Compal is expanding factory production capacity in Taiwan, China, and Vietnam, anticipating a surge in orders for the iPad mini 5, Apple-related news website Appleinsider.com reports. A lot of production is in China already.

The company posted a 29% declined in net profit to $185 million even as revenue climbed $28.8 billion in 2017 amid sagging demand for computers. Compal was once the world’s second-largest maker of laptops. It had produced the machines for Dell and Hewlett-Packard, but like others, got squeezed due to dwindling PC and notebook prices in recent years. Compal has been building its non-PC business, even launching its own-brand efforts, such as the Robin projector-equipped robot designed to interact with children to boost earnings. Compal declined to comment for this post.

With Apple diversifying its contractor roster, Qi says the iPad mini deal could help revive Compal’s earnings. “For Compal, this is a foot-in-the-door that they could use to get a more profitable business from Apple, such as assembling the Apple Watch or iPhones.”