Five Tech Trends That Will Redefine Commerce The Most In 2019

Technology continues to play a critical role in the evolution of society, including the upheaval of consumer-facing industries. The internet, in particular, has been one of the modern era’s most transformative innovations. Connectivity is now the new normal.

For the first time in history, most of the global population will be connected this year, which equates to 4 billion internet users. The highest levels of connectivity are found in the developed world, including regions like North America and Western Europe, who first started to come online through connectivity in the home. 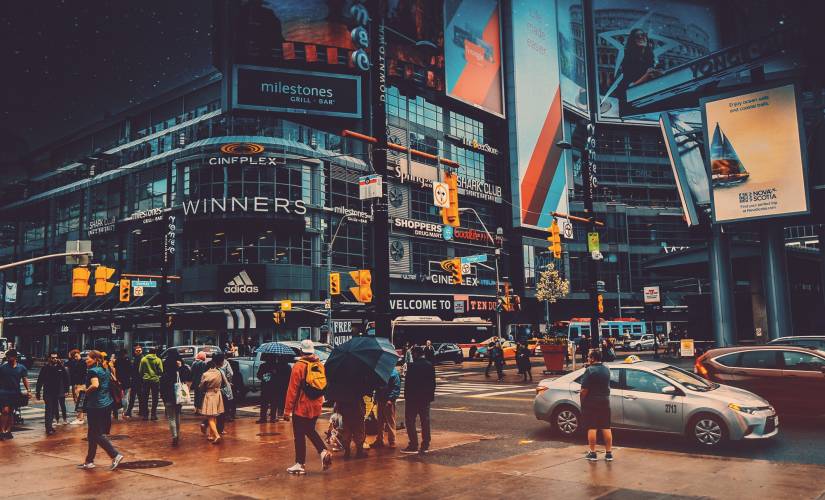 Technology drives constant innovation, inspiring several trends that continue to reshape the world. Below is a look at the five digital trends that will redefine commerce the most in 2019.

The internet ushered in greater connectivity and convenience across all aspects of consumer life to the point of becoming an addiction for some. More than half of connected consumers globally indicated they would be lost without said internet access, according to Euromonitor International’s annual Lifestyles Survey. Consumers have come to realize that they need to exercise more self-control over their gluttonous ways. At first, consumers tried to fast from the internet for periods of time before realizing it might require a more balanced and sustainable approach to manage one’s tech usage, much like one’s diet.

Even some of the biggest purveyors of the digital addiction – Facebook, Alphabet and Apple – have put initiatives in place that will limit usage. Apple, which is the second-largest global smartphones manufacturer based on retail volume behind Samsung, introduced new tools to limit screen time, or at least create digital self-awareness, as part of its new operating system in mid-2018. Facebook, which dominates the social media landscape globally, has also taken a more active role in helping its users maintain their digital wellness across its social properties including the likes of its core Facebook platform as well as Instagram.

One of the most important developments that will propel this unmanned commerce trend forward in 2019 is the emergence of options that can be used to retrofit stores. Thus far, unattended commerce formats from the likes of JD.com and Amazon depend on heavy camera surveillance and technologies like facial recognition and artificial intelligence. Several companies, such as Grabango, Caper and MishiPay, are behind approaches that that are more cost-effective and well-suited to retrofitting existing outlets. Grabango, for example, uses sensors and algorithms to track each item in the store as a consumer adds it to their order. Retrofitting technologies will accelerate the development of autonomous stores in 2019.

Brands search for their voice

Though still in its early days, rising ownership levels of voice-enabled hardware and growing sophistication of voice assistants, particularly in North America and Asia Pacific, are creating potential for brands to engage with consumers via voice. Since voice is expected to function differently from click- and tap- based e-commerce, companies should begin to give serious thought to their voice approach in 2019. In the intermediate term, many of the best opportunities likely lay around pre- and post-purchase, as well as content marketing.

Many companies made their first forays into voice commerce and voice marketing in 2018 and did so through adding voice capabilities in the pre-purchase phase of a consumer’s path to purchase. Making it easy to access product recommendations and checking store hours are a couple examples. Looking ahead, the next step for companies in developing a voice strategy will be to add post-purchase activities. Companies could make it possible for customers to add reviews, start returns and access customer service resources through voice activities. Purchase execution is a longer-term goal best suited for purchases with a limited number of options. In new research, Euromonitor International projects that 5% of all consumer purchases in the US will be executed on a voice platform in 2023.

Companies today can amass data on their consumers and use machines to calculate optimal consumer journeys. In one sense, commerce of today only requires passive consumer participation. Shifts are under way, though, that could change these dynamics and put consumers in more control of their experiences, which is important because businesses will compete primarily on this element in the future.

As digital identities become more transportable, and privacy regulations such as the European Union’s General Data Protection Regulation put more power with regard to data sharing in the hands of consumers, the next era may enable or even require consumers to sign in to experience. This is powerful as it is not only the ultimate form of personalization, but also gives consumers more control.

A super app is a do-everything mobile app, with the best ones combining all aspects of a consumer’s world into a single platform. Consumers, especially those in Asia Pacific, were the first to embrace this concept, because it offered a contextualized and cohesive experience. WeChat is the classic, but others like Go-Jek, Grab, Kakao Talk and Line have emerged in recent years. Now these all-in-one apps are gaining traction in other parts of the world with these first movers and other companies embracing the power of the platform to reach consumers and connect them to more services, all to increase engagement and ultimately stickiness.

Among the Western tech titans, Facebook might be the closest to mimicking the WeChat super app model. The social behemoth has integrated more functionality that speaks to financial and retail needs across its platforms. In early 2019, Facebook made one of its most overt moves toward becoming a super app when it announced that it would combine Messenger, WhatsApp and Instagram messaging services into a single, unified platform. While CEO Mark Zuckerberg says the move is to enable end-to-end encryption, he did add that it could improve the user experience by removing the need to jump between platforms.

2019 will mark a turning point in the digital era as more than half of the population will finally be connected. This connectivity will undoubtedly continue to change how consumers live, work, play and shop. The digital trends that we see most impacting commerce in 2019 fall into one of two classifications. On the one hand, some of these trends are about how companies can better leverage technology to drive engagement, create more personalized experiences or reduce operating costs. On the other side of the equation, though, are the consumers who are demanding more of a voice in such conversations and actively unplugging if they do not like what they hear. The key challenge for companies in this era is being viewed as providing value in this relationship.